The island of Zanzibar, also called Unguja, is a major holiday destination in Tanzania and known for its beautiful beaches. Part of the Zanzibar archipelago, which consists of the islands of Zanzibar and Pemba, this island has some of the best beaches in the world. The surf varies depending on what side of the island you are on, but visitors will find soft white sand and clear shallow water, along with traditional boats lining the shore.

The historic city of Stone Town, known for old Arabian townhouses, narrow alleyways, and a busy port, is located in the heart of Zanzibar. 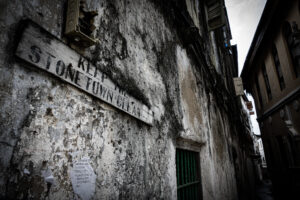 Stone Town dates back to medieval times, although the Portuguese built the first stone building at the end of the 17th century. It grew to prominence as the capital of the Omani Zanzibar Sultanate and was the center of the trade in spices and slaves. When the British took over in 1890, Stone Town retained its position as Zanzibar’s most important settlement. As a result, its coral stone architecture blends Swahili, Islamic, and European influences. Top attractions of this UNESCO World Heritage Site include the Portuguese Old Fort, the former Sultan’s residence known as the House of Wonders, and the Anglican Cathedral. 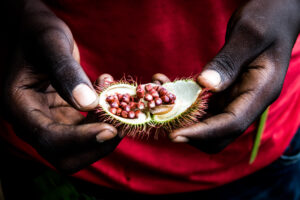 Learn About the Island’s Spice Trade HistoryZanzibar’s spice trade history began at the end of the 15th century when the first Portuguese traders brought nutmeg, cinnamon, and other spices with them from their colonies in India and South America. The plantations flourished in the ideal conditions of the Swahili Coast. Later, the Omani Sultan established Zanzibar’s iconic clove industry. To understand more about how and why the spices were grown, join a spice farm tour. Here, you’ll have the opportunity to learn about everything from clove and cinnamon to vanilla, chilies, turmeric, and a host of exotic fruits and herbs. Your guide will explain their culinary, medicinal, and even cosmetic uses; then, you’ll sample them during a traditional Swahili lunch. 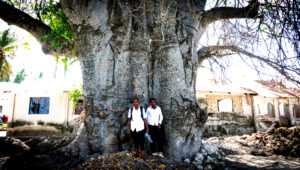 To get an idea of how modern Zanzibaris live, join the Nungwi village tour offered by Coral Sites & Tours. The village is located at the northern tip of the island and is renowned for its beautiful beach; and for its boatyard where artisan shipbuilders create traditional dhows. On the tour, you’ll get the opportunity to speak with the yard owner, who will explain how the wood is sourced and shaped, and how these iconic East African vessels are launched into the ocean. You’ll also visit the Nungwi fish market, where local fishermen sell their catch from the previous night. A highlight for many guests is a swim at Mnarani Natural Aquarium, a tidal lagoon full of protected sea turtles. 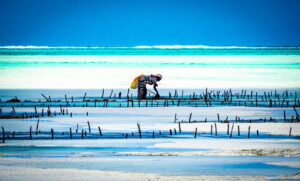 Soak Up the Sun on Nungwi and Kendwa Beaches

Most Zanzibar beaches have an extensive tidal range, which means you’ll have a considerable distance to walk (sometimes across seaweed-strewn rocks) to reach the water at low tide. The exception is the northern beaches of Nungwi and Kendwa, which offer picture-perfect swathes of soft white sand lapped by crystalline turquoise waters at any time of day or night. Nungwi is the busier of the two, with enthusiastic beach vendors and plenty of tourists worshipping the sun. Lively waterfront bars and restaurants mean that it’s the beach to choose if you like to be at the center of the action. For a more tranquil atmosphere, head south to Kendwa Beach, one of the island’s top spots for sunset.

Test Your Kitesurfing Skills on the East Coast

If you prefer your beach time to be a little more active, you’ll be pleased to hear that Zanzibar is also a rewarding kitesurfing destination. The best spots are on the east coast beaches of Paje, Jambiani, Dongwe, Kiwengwa, and Pwani Mchangani. Of these, Paje (with its long stretch of white sand and choice of inner and outer lagoons) is the most famous and, therefore, the busiest. Paje and Jambiani offer the greatest selection of kitesurfing shops, whether you want to rent equipment or sign up for a few lessons. There are two main windy seasons in Zanzibar: from June to October (for the strongest winds), and from mid-December to March. Be prepared for extreme tidal ranges all year round.

Zanzibar’s serene turquoise waters conceal colorful reefs that teem with marine life, making the island a paradise for snorkelers and scuba divers. There are more than 30 dive sites to choose from, ranging from British shipwrecks off Stone Town to the pristine coral walls of Mnemba Island. Base yourself in Nungwi for the chance to dive on Leven Bank, where nutrient-rich currents attract large game fish, including tuna, trevally, and shoals of barracuda. From August to September, humpback whales are regularly seen from the boat and can often be heard underwater.

Embark on a Dhow Cruise to Prison Island

Set sail on a traditional dhow for a half-day tour of Prison Island. Located roughly 3.5 miles west of Stone Town, the island was once used to isolate rebellious slaves and later as a quarantine station for yellow fever victims. Nevertheless, the prison for which it is named has never housed a convict, and today the island is most famous for its collection of vulnerable Aldabra giant tortoises. The latter was a gift from the governor of Seychelles. On the tour, you’ll wander through the historic prison, meet the tortoises, and have the chance to swim or snorkel off the white sand beach.

Zanzibar’s only national park is a low-lying sanctuary full of tropical forest and saltwater mangroves. You can explore the latter on a raised boardwalk, but the forest nature trail is the main attraction, allowing visitors to look out for endangered endemic wildlife, including the Zanzibar red colobus and the Zanzibar servaline genet. The Zanzibar leopard also lives here, although sightings are unlikely; the cat was listed as extinct until it was spotted on a camera trap in 2018. More common are monkeys, bushbabies, and duiker antelope, while birders can keep an eye out for more than 40 different avian species. 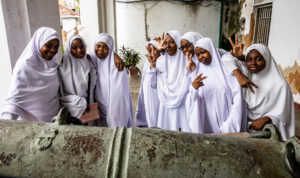 Stroll Through the Ruins of Maruhubi Palace

Get an insight into the opulent lives of the Omani sultans with a visit to ruined Maruhubi Palace. Located 2.5 miles north of Stone Town, the palace was built by the third Sultan of Zanzibar in 1880. Completed in 1882, it housed his wife and concubines while he lived separately in his own palace in Stone Town. Although fire destroyed Maruhubi in 1899, its palm-encircled ruins are still wonderfully scenic. Graceful stone columns hint at the previous existence of an upper balcony, while the remains of a Persian-style bathhouse include separate chambers for the sultan and his harem.