Serengeti National Park is a vast treeless plain with millions of animals living here or passing through in search of fresh grasslands. It’s most famous for the annual wildebeest migration but you can also see the Big Five here, and nearly 500 species of birds have been recorded on the Serengeti.Serengeti National Park is a World Heritage Site teeming with wildlife: over 2 million ungulates, 4000 lions, 1000 leopard, 550 cheetahs and some 500 bird species inhabit an area close to 15,000 square kilometers in size.

As the second largest national park in Tanzania, the Serengeti attracts tens of thousands of tourists each year. The best months for wildlife viewing in Serengeti National Park are between June and September. The wet season is from March to May, with the coldest period from June to October.

The annual migration of over 1.5 million wildebeest and hundreds of thousands of zebras and gazelle takes place in May or early June. This migration is one of the most impressive natural events and the primary draw for many tourists. 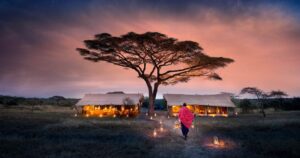 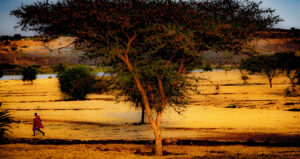 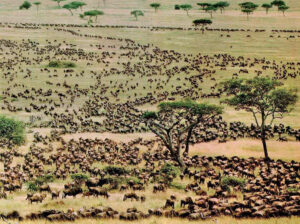