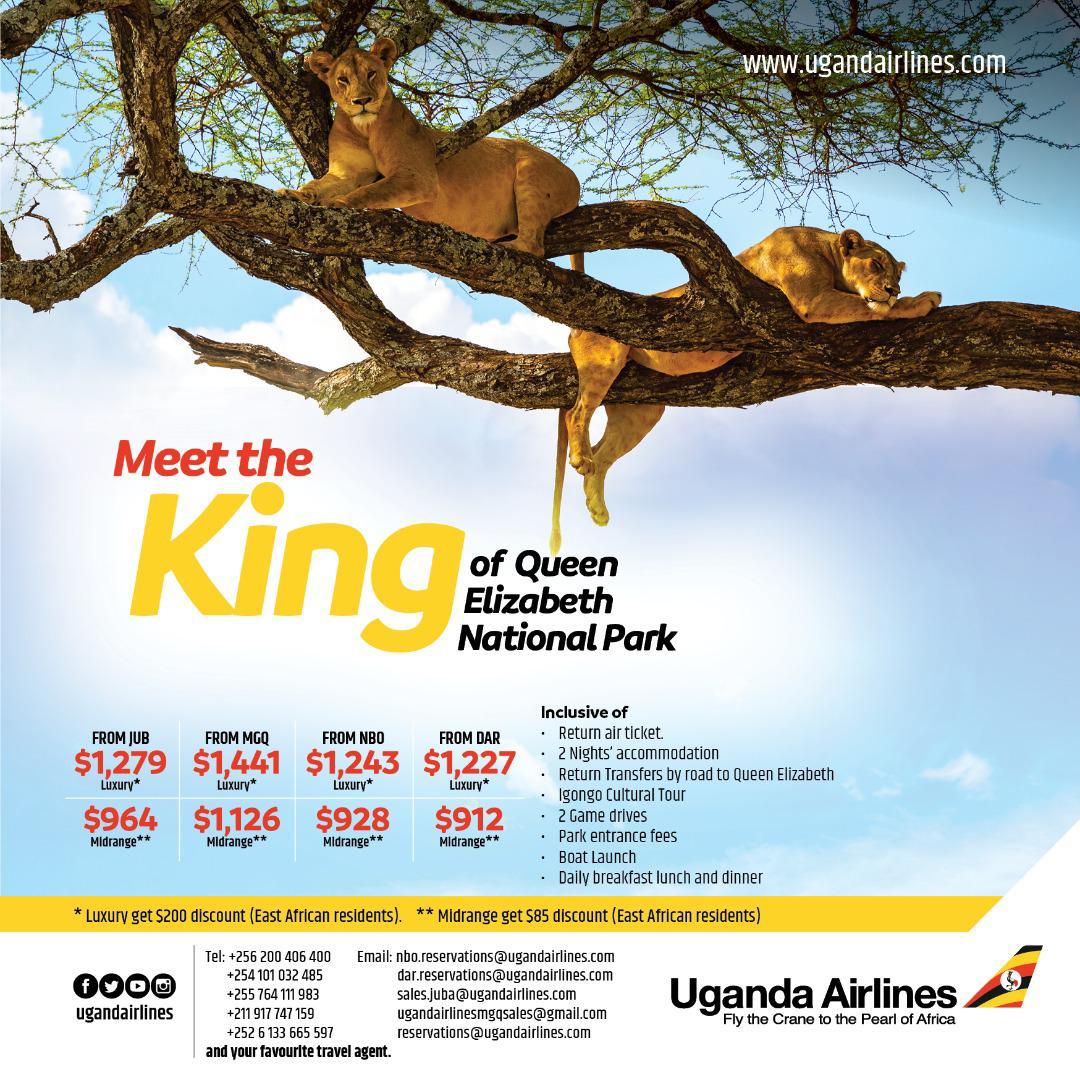 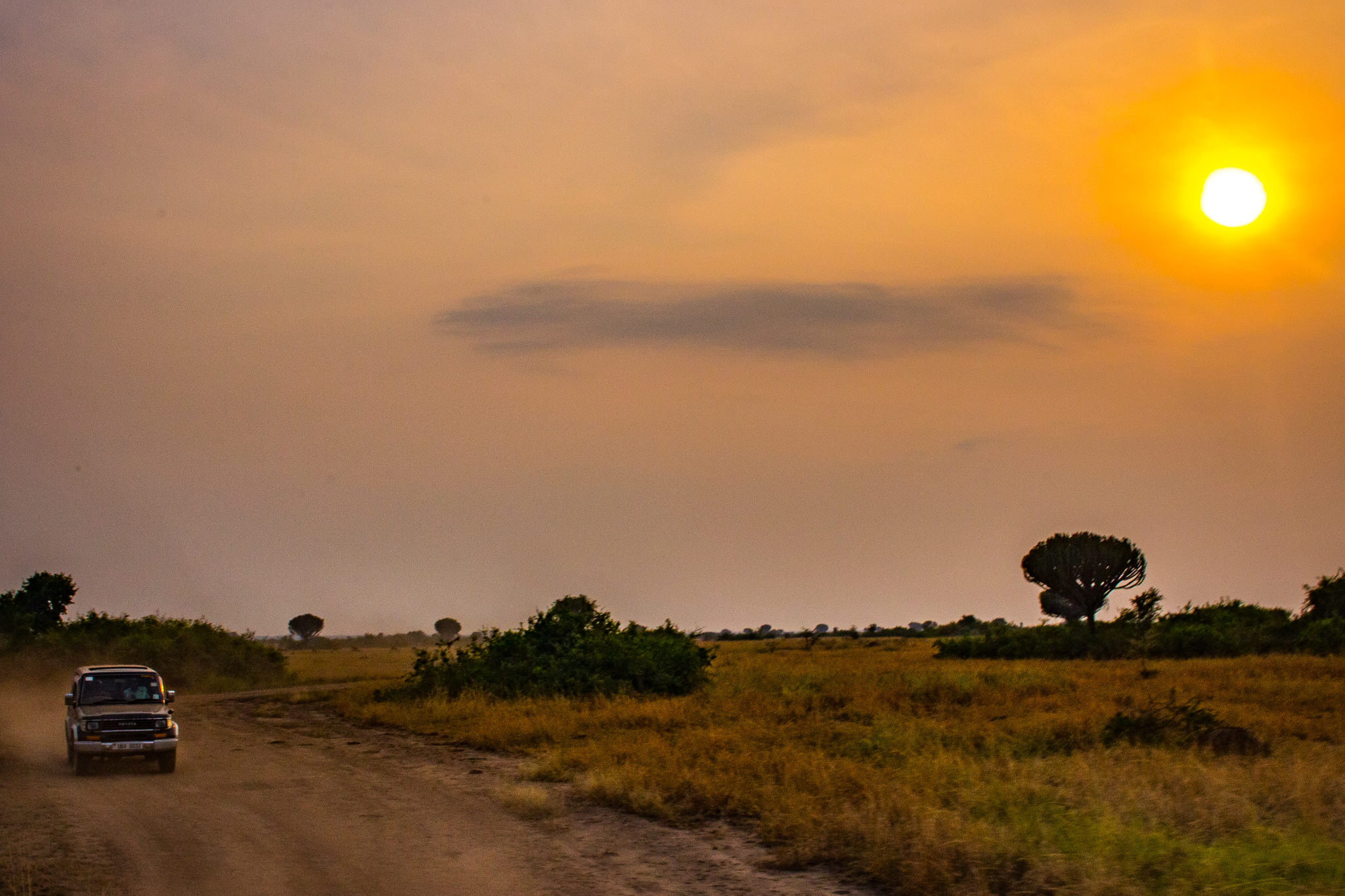 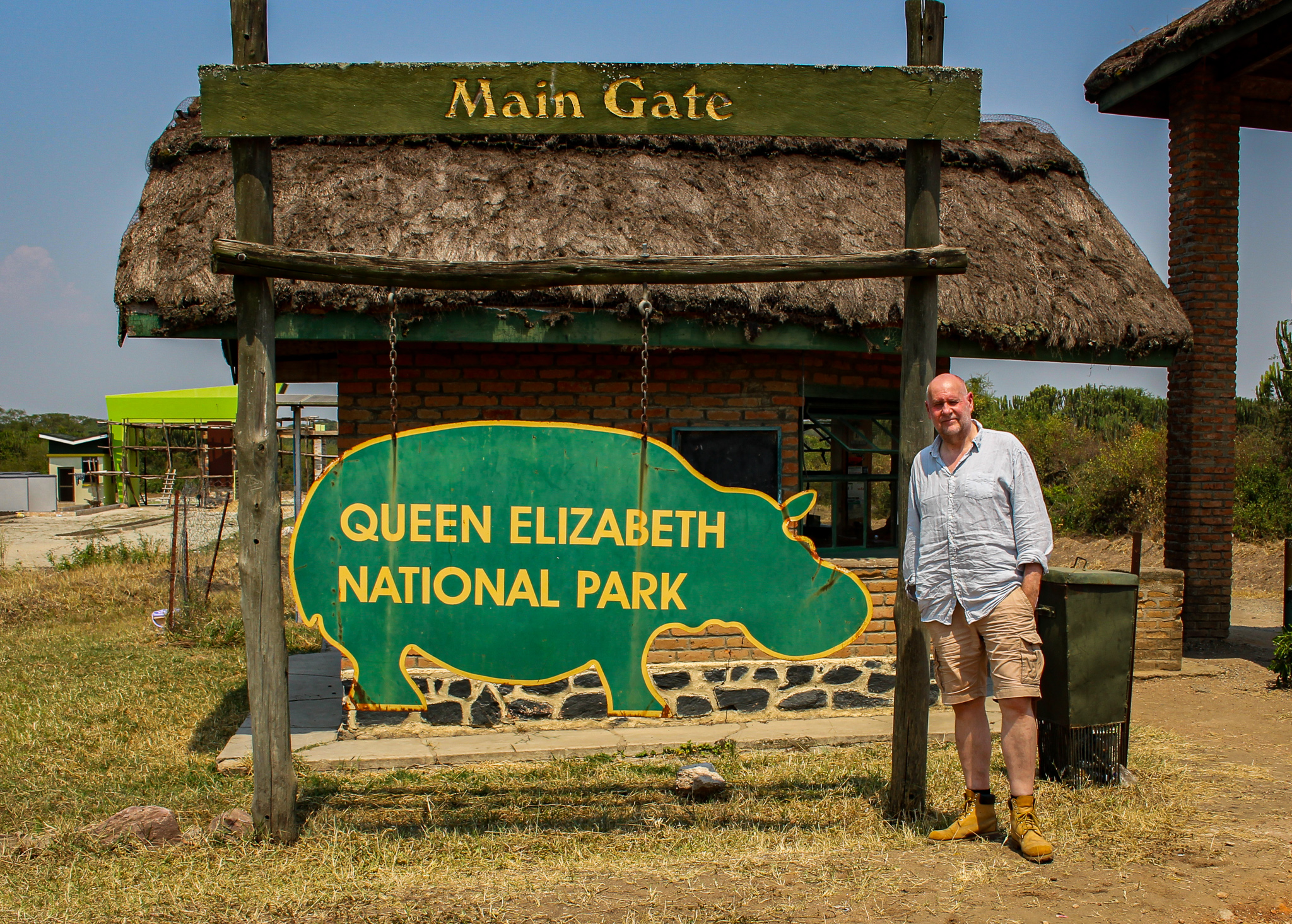 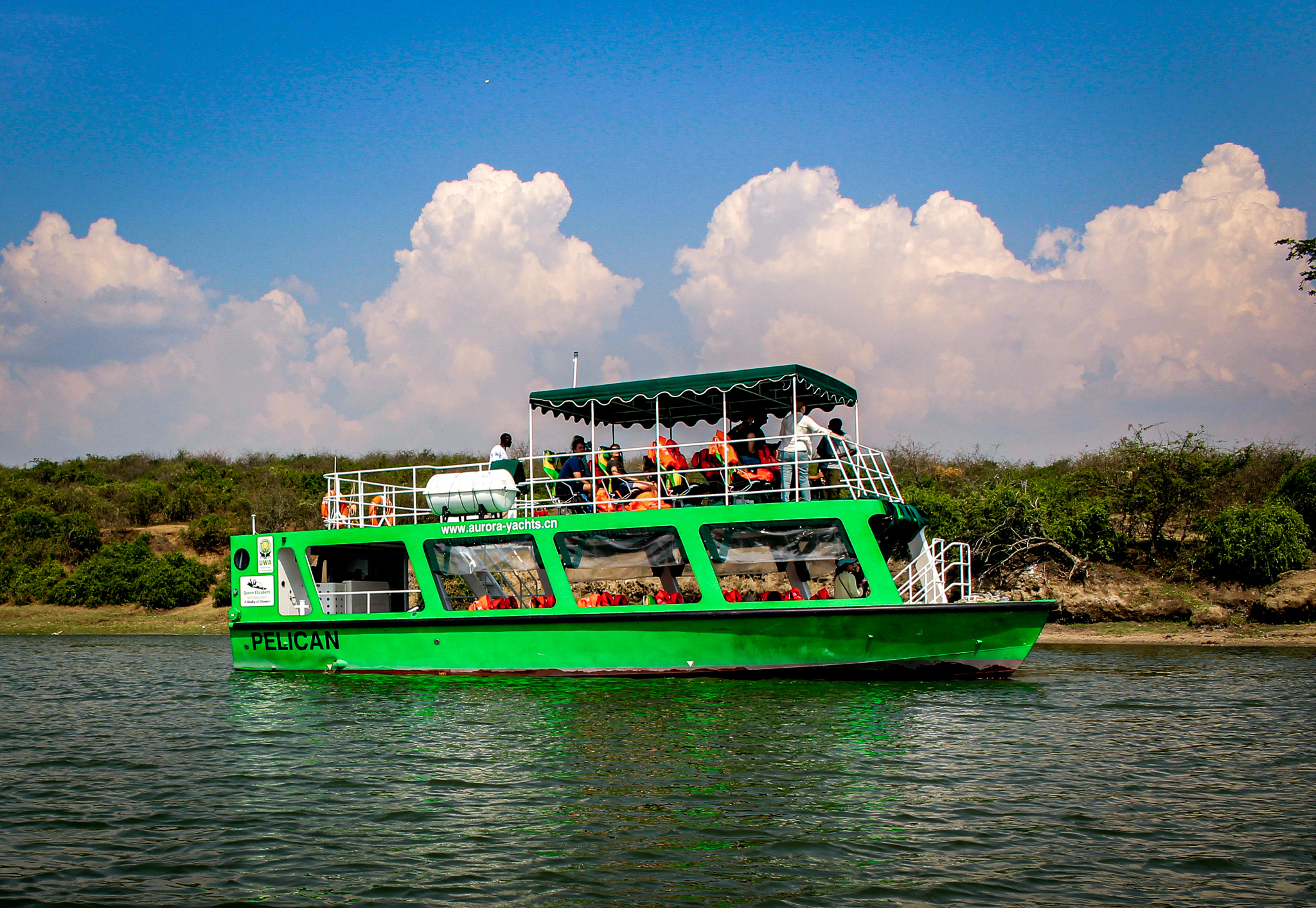 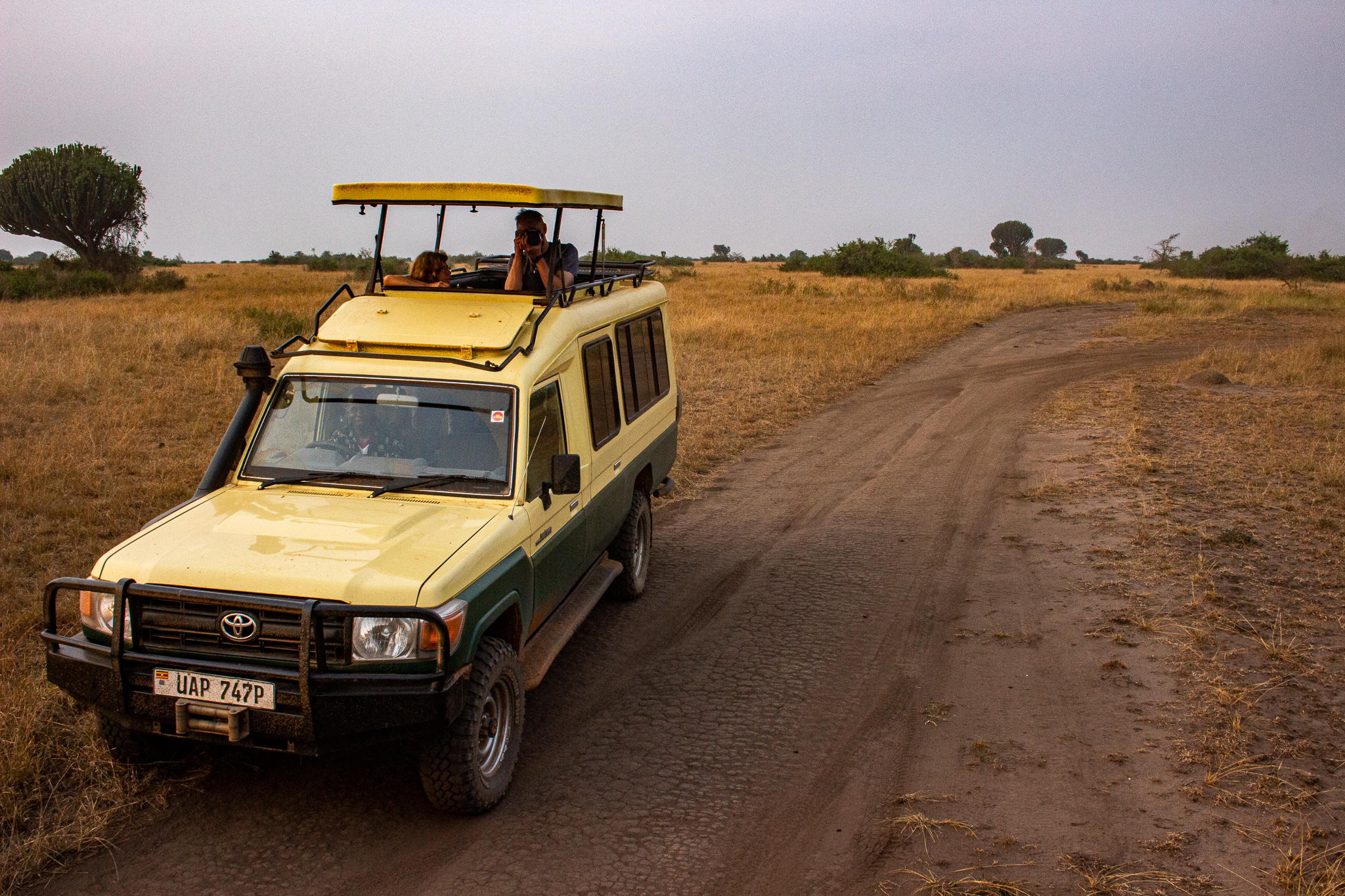 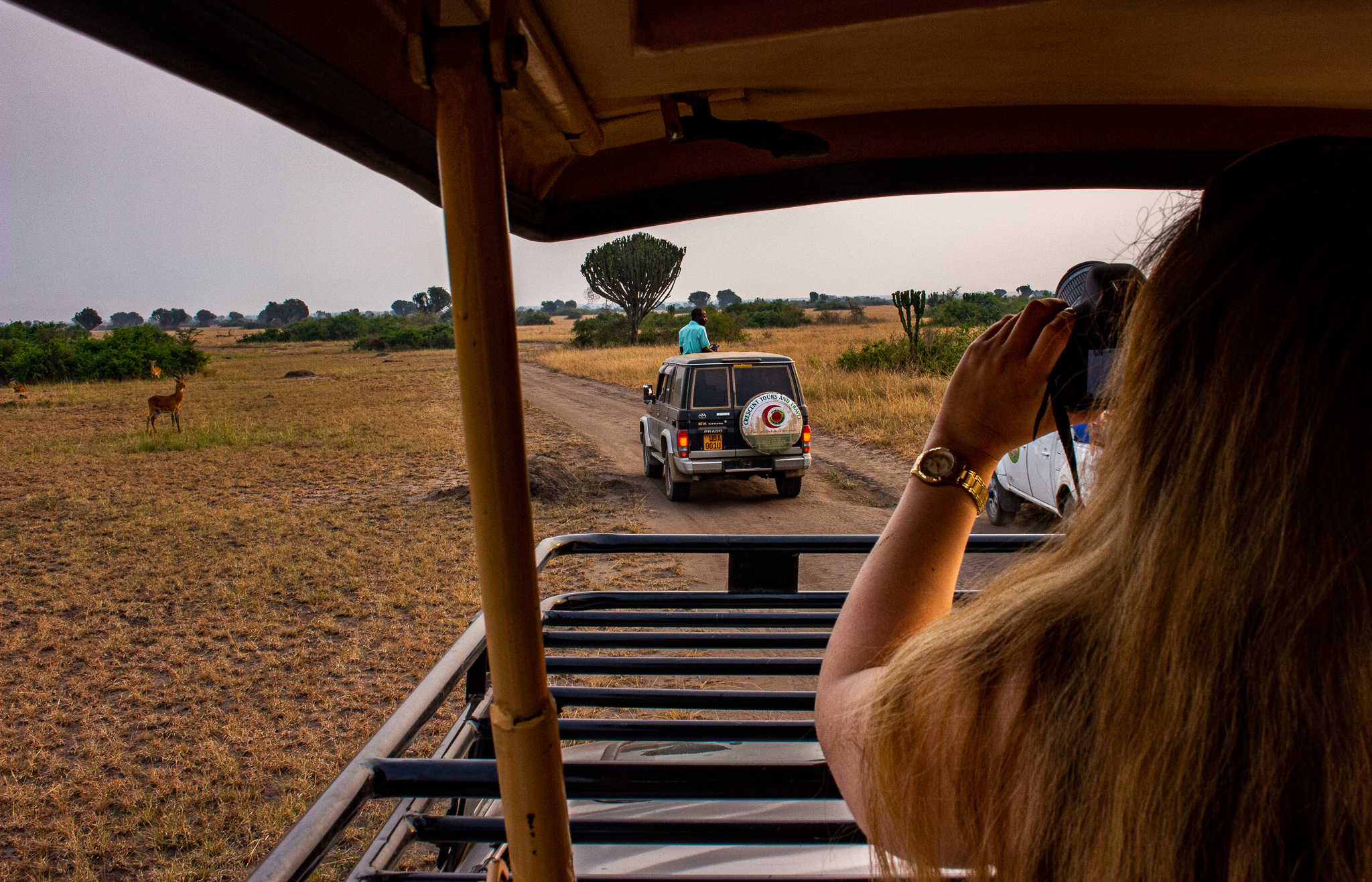 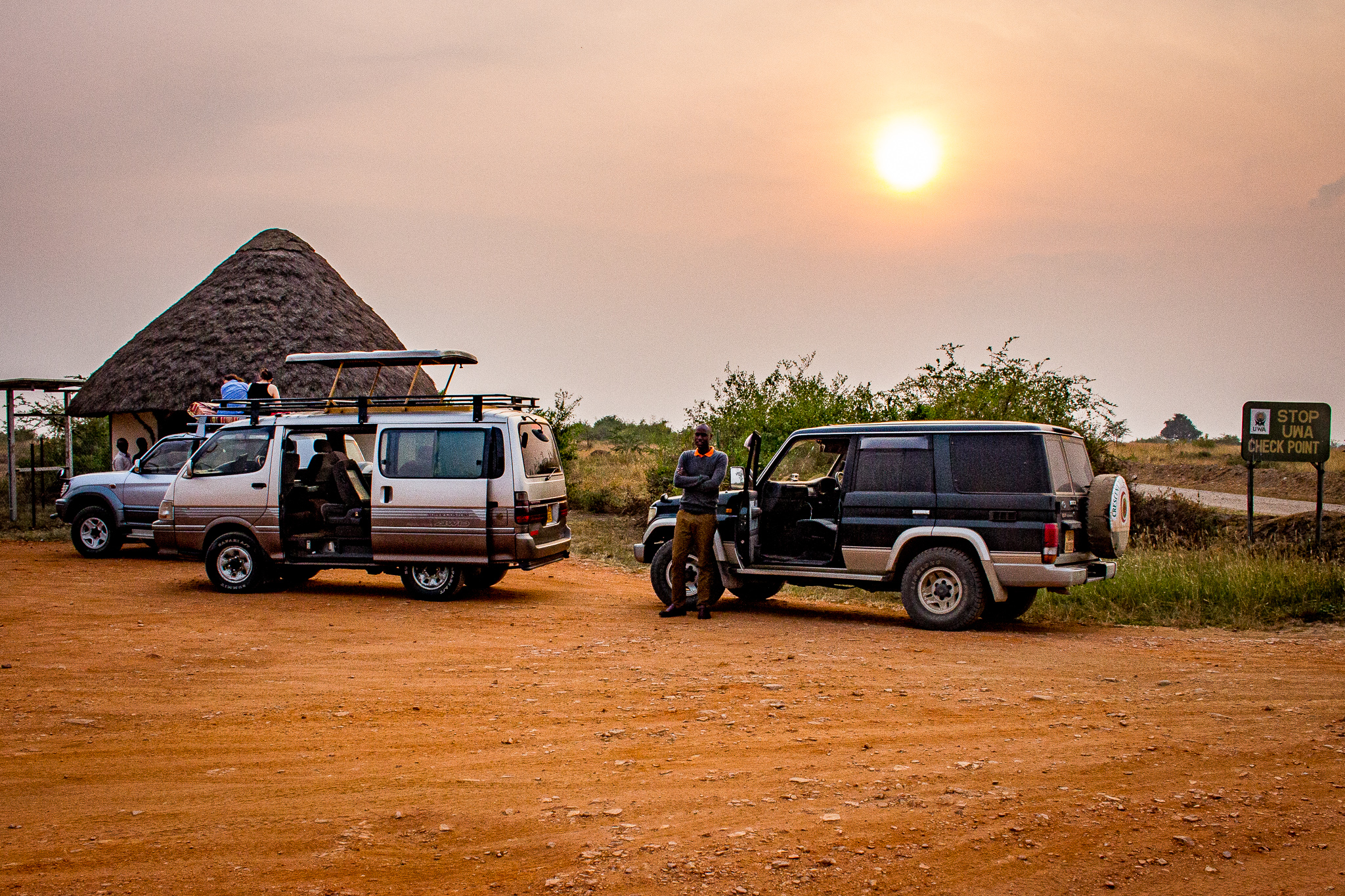 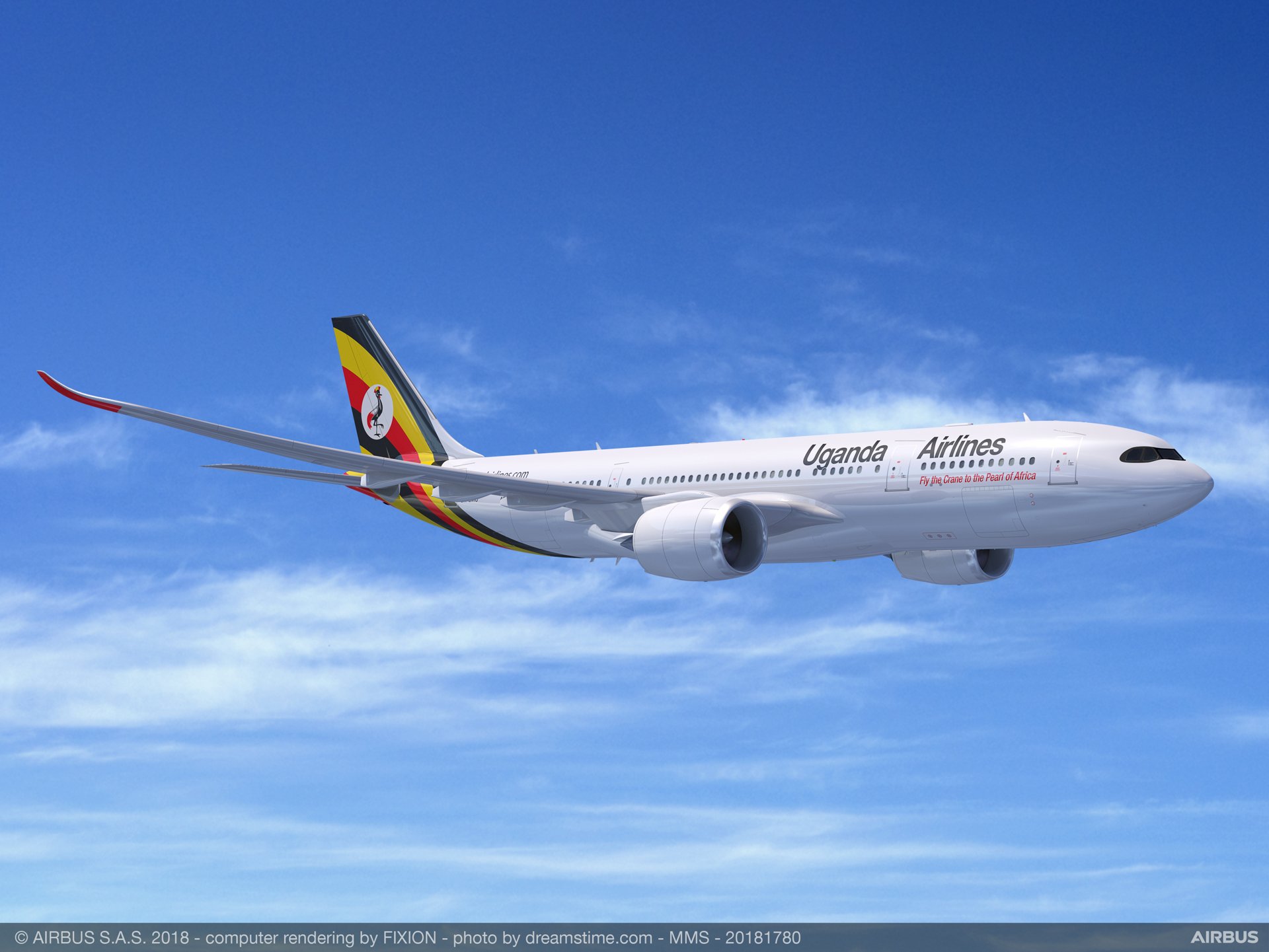 Queen Elizabeth National Park is one of Uganda’s popular safari destinations. Located in the Western part of the country, the park lies in the Western rift valley offering amazing landscape. The Rwenzori Mountains offer an amazing backdrop as you enjoy a crater drive, game drive or the boat cruise on the Kazinga channel. The park has a variation in habitat, ranging from wetlands, lakes, savanna and forests. These cater for the vast range of mammal and bird species in the park. Although there are no rhinos in Queen Elizabeth, the rest of the Big 5 are well represented.

Queen Elizabeth is famous for its tree climbing lions. These are easy to spot on the lower branches of the fig trees in the Ishasha sector of the park. More prides can be seen on the Kasenyi plains during morning, evening or night game drives. Big herds of elephants and buffalo are common on the savannah grasslands. Leopards, hyenas, jackals and antelopes like topi, Uganda Kob, and oribi are present in the park. On the boat cruise, you get to see hippos, crocodiles and elephants as they come for a drink. The forested area of Kyambura gorge hosts a variety of primates including chimpanzees, black and white colobus monkeys, vervet monkeys and more.

The national park is one of the prime destinations for birding in East Africa. The 600 recorded bird species ensure a good birding experience. The different habitat composition (forest, savannah and wetland) offer sanctuary to various bird species. The rare shoebill stork are seen in the swampy wetlands of the Ishasha sector. The park also attracts a variety of migratory birds.

Bird watching is done throughout the year. However, in the dry seasons of June-August, there is plenty of food, leading to the breeding and abundance of bird life. In the wet seasons of April-May and September-November, the rains may inconvenience your birding experience with delays, slippery trails and tricky roads.

Queen Elizabeth is open to visitors all year round. The dry seasons offer more amazing wildlife sightings as the animals congregate by the banks of the lakes and watering holes. The months of June-August and December-February receive the least amount of rainfall. In the wet seasons, the wildlife graze off the tracks because there is abundance of water. More so, some tracks are in accessible due to the heavy rain.

Due to its location in the rift valley, Queen Elizabeth has warm temperatures. They average from 29°C/84°F in the day to 17°C/63°F in the night. December-February and June-August see the least amount of rain while April-May and September-November see the most rain in the park.